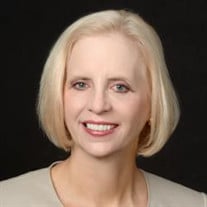 Kathryn Ann Lynch, 67, of Loomis, California passed away on Friday, March 25,2022. Kathy was born in Jefferson, Iowa on January 13, 1955 to Earl and Phyllis Lynch. Kathy spent her childhood years playing, working and exploring the Iowa farm she grew up on. She attended Jefferson Community High School and was a 1973 graduate. During her high school years, Kathy was a dedicated student and a standout athlete. She participated in cheerleading, gymnastics and track. She was elected homecoming queen in her senior year and was affectionately called Queen Bart due to her love for the Green Bay Packers and their quarterback, Bart Starr. After graduation she attended Mount Mercy College in Cedar Rapids, Iowa and received her Bachelor of Science degree in nursing. She then went to Iowa State University and received her Masters of Science degree in Labor and Industrial Relations. Kathy then went to work for a Fortune 500 company where she specialized in labor relations administration. A life-long love of politics prompted Kathy to start her own lobbying firm, Lynch & Associates, in Sacramento in 1985. Kathy enjoyed a highly successful career as a legislative advocate in California. Her clients included business and trade associations, the nonprofit sector and the educational sector. Kathy was very passionate about her work and considered each of her clients to be a dear friend. She was involved in many professional and community organizations. She was also very active in her Catholic faith. She loved where she worked and lived. Kathy enjoyed a long-term relationship with her significant other, Jerry Upholt. They shared many happy trips and adventures together. Kathy is survived by her mother, Phyllis Lynch of Jefferson, Iowa; sister, Patricia (Don) Oleson of Burlington, Iowa; brother, Jim Lynch of Carroll, Iowa; sister, Becky Lynch of Ames, Iowa; and sister, Diane Hogue of Denver, North Carolina. Kathy’s funeral is at Saint Peter & Paul Catholic Church, 4450 Granite Drive, Rocklin, California, on Tuesday, April 12th at 11:00 a.m. A luncheon in the church reception hall will follow the service. A rosary and visitation will be held on Sunday, April 24, 2022, from 1:30-4:00 p.m. at Hastings Funeral Home in Jefferson, Iowa, with private family burial at St. Joseph’s Catholic Cemetery, Jefferson, Iowa on Monday, April 25th. A scholarship fund to advance educational opportunities for other young women seeking to make a difference in their community has been set up in Kathy’s honor. Donations may be sent to the Home State Bank, 115 W State Street, Jefferson, Iowa 50129, Attention: Kathy Lynch Memorial Scholarship Fund, or donations can be made to a charity of your choice in Kathy’s memory.

Kathryn Ann Lynch, 67, of Loomis, California passed away on Friday,...