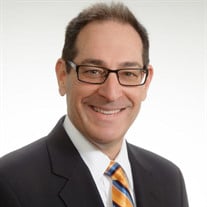 Jeffrey (Jeff) Palumbo passed away peacefully at home in Rocklin, CA on February 28, 2022, in the company of loved ones. Jeff was born in Pittsburgh, PA on March 1st, 1961, into a loving Italian family. During his growing-up years, Jeff was surrounded by his parents, grandparents, and younger brother, and his aunts, uncles, and cousins. This made for fun times and lots of laughter. Jeff’s formative years were filled with academics, sports and spending time fishing with his grandfather, dad and brother. In 1979, Jeff graduated from Ambridge Area High School. Having been positively influenced by his dad’s and uncles’ service to their country, Jeff joined the Reserve Officers’ Training Corp at the University of Cincinnati. During his college years, Jeff became a ‘brother’ in Triangle Fraternity – a fraternity for Engineering, Architecture and Science. Jeff epitomized the Triangle philosophy: to become a leader of industry, to become part of something greater than yourself and to be part of a rich tradition of men with outstanding character who uphold their chosen professions. It was here that Jeff honed his leadership, patience and listening skills, strengthened his sense for community and charitable work, and forged friendships for life. In 1986, Jeff graduated with his Bachelor of Science degree in Civil Engineering, and in March 1987, he received his Reserve Commission as an Officer, and orders to serve as a United States Air Force Missile Combat Crew Officer in Minot, North Dakota. Once again, Jeff’s character quickly led him to serve in various leadership roles, and to form life-long military friendships. It was in Minot where Jeff met the love of his life, Shelley. They were married on May 24, 1991. In August of that same year, Jeff accepted his next set of military orders: to serve as a Civil Engineer at Beale Air Force Base in California. Jeff and Shelley packed up and moved across the country, settling as a newly-married couple in Rocklin, CA. In 1993, Jeff was selected to attend Squadron Officers’ School in Residence, an honor bestowed to only a small group of individuals. In 1994, he graduated with his Masters of Science in Administration from Central Michigan University. Jeff proudly served his country for eight years. After his honorable discharge from the US Military, Jeff focused on building his civilian career, excelling to the level of Senior Project Manager, Certified Construction Manager (CCM), and Design-Build Professional (DBIA), with his last 22 years spent working for Vanir Construction Management. Jeff enjoyed building his life with Shelley, spending time outdoors, and traveling; he especially treasured time spent with family and friends. Over his 30 years living in Rocklin, Jeff became known for his service, kindness and generosity. He was thoughtful, humble, actively involved in his faith through parish ministries, and always willing to lend a hand to anyone in need. Jeff was a loving husband, devoted son, and dedicated brother, brother-in-law, uncle, cousin, godfather, friend, neighbor and colleague. He will be dearly missed by all. Jeff is survived by his loving wife, Shelley (nee Lachambre), his mother Rose, his brother Larry (Sheri, nee Merante), and nephews, Enzo and Rocco. Jeff was preceded in death by his father, William in 2021. A Memorial Mass and reception will be celebrated on Friday, March 18th at 10:30 a.m. SS. Peter and Paul Church 4450 Granite Drive Rocklin, CA 95677 Additionally, the Mass, burial and reception will be live-streamed and recorded for later viewing. This site and the SS. Peter and Paul Church website will post the live-stream links. Murray Family Funeral Chapel located in Rocklin, CA is in charge of arrangements. The family wishes to thank the UC Davis Health Cancer Center clinicians, Sutter Hospice staff, and the many family and friends who provided loving care and support to Jeff (and Shelley) over the past 10 months. In lieu of flowers, donations in Jeff’s memory may be made online to the UC Davis Health Comprehensive Cancer Center at https://health.ucdavis.edu/cancer/

Jeffrey (Jeff) Palumbo passed away peacefully at home in Rocklin, CA on February 28, 2022, in the company of loved ones. Jeff was born in Pittsburgh, PA on March 1st, 1961, into a loving Italian family. During his growing-up years, Jeff was... View Obituary & Service Information

Jeffrey (Jeff) Palumbo passed away peacefully at home in Rocklin,...