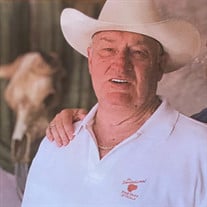 Harold M. “Hal” Pierce, a Korean and Vietnam Veteran, was granted his angel wings and eternal life as he succumbed to Heart disease on November 01, 2020, at age 85. His final days were spent peacefully at his home in Roseville, Ca, surrounded by his beloved wife, Beverly and their extended loving family. Hal was born to Morris and Mildred (Forman) Pierce in Trent, South Dakota, 12/31/1934. He had an older sister, Evie, and brother, Charles that Hal dearly loved. The family lived on a farm in Egan, SD. Hal loved animals, played sports in high school, and worked from a young age on the farm. He graduated from Egan High in 1952 and entered the US Navy during the Korean War on 08/10/1952 in Sioux Falls, SD. Hal was particularly fond of his ship, The USS Princeton. He had a twenty-year career with his retiring rank as Tradesman E-6 with many medals and retired on 08/01/1972 in Jacksonville, FL. Moreover, he served in the Navy reserves ten more years. However, during his Navy days, Hal married and had his only child, daughter, Kerry Ann (Pierce) Ebersole, who has preceded him in death in 2016. She was his favorite daughter as he liked to say, and to which she would reply that I am your only daughter, and they would smile. After Hal’s military career, he earned a degree in Engineering from LaSalle, University. He retired as a Contract Engineer from Martin Marietta in FL. The song “I’ve been everywhere man” fits Hal’s life story. He was a great Chef and had even owned a restaurant in Illinois, for a few years. He loved classical music, enjoyed golf, fast cars, a great Martini, and had visited 49 states as well as having many great memories of fishing on his boat in the Florida Keys. Mostly, he loved having Bev as his companion at home and as they traveled around the country in their RV visiting relatives and friends. Hal is survived by his adoring wife Beverly Larson Pierce of 16 yrs. His “bride” as he often called Beverly, whom Hal had known in Egan, SD while they were in Junior high school became reacquainted again 50 years later at a class reunion and married on FEB 14, 2004. They lived, laughed, and had so much fun together at their lake house in AZ with their neighborhood friends. Beverly’s large extended family of children; Nancy (Dave) Elder; Orlan, Billie, Mike (Pam)Larson; 13 devoted grandchildren, 5 loving great grandchildren became Hal’s bonus family as well. He blended into our family and was a hero in our eyes. Additionally, he is survived by his grandchildren; Candice, Garrett (Kate) Ebersole of CT; Cousin, Floyd Johnson of SD; Nephew, Gordon (Barbara) Langford; friends Jeff Schade, Joe Muscato, and so many more relatives and friends that admired and respected Hal. Honorary pallbearers are: Floyd Johnson, Garrett Ebersole, Candice Ebersole, Dave Elder, Jeff Schade and Joe Muscato He belonged to the VFW and many other Veteran groups. Hal had been the president of many clubs and organizations throughout his lifetime. His preferred charity is woundedwarriorproject.org A private military funeral and celebration of his life officiated by Chaplin Dean Elias is planned on Nov 18, 2020 at Murray Family Funeral Chapel in Rocklin with gravesite services in Roseville.

Harold M. &#8220;Hal&#8221; Pierce, a Korean and Vietnam Veteran, was granted his angel wings and eternal life as he succumbed to Heart disease on November 01, 2020, at age 85. His final days were spent peacefully at his home in Roseville, Ca,... View Obituary & Service Information

The family of Harold M. "Hal" Pierce created this Life Tributes page to make it easy to share your memories.