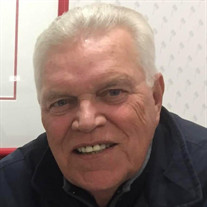 Geray (Mark) Marcus Bressie of Rocklin, California, passed away on April 12th, 2022 after a long battle with end-stage heart failure. He was 75 years old. Mark was born on November 8, 1946 to Margaret Eileen Helzer and Frederick Carl Bressie in Bald Knob, Arkansas. Mark, after moving to Michigan and graduating from Mount Clemens High School, enlisted in the United States Marine Corps and was part of the 3rd Battalion, 7th Marines, during which he attained the rank of Sergeant. Mark served his country as a Marine during the Vietnam War, where in 1966 he did one tour of combat. After completing his duty in the USMC, Mark met Sally Savoyard, and they were married in 1970. Mark and Sally went on to have two children, Matthew and Thomas. In 1972, Mark went on to receive his Bachelor of Science degree in Industrial Management from Lawrence Technical University. Upon completion of his degree program, Mark began his professional career with Chrysler Corporation in their finance department. During his time with Chrysler, he went on to complete his Master of Arts degree at Central Michigan University in 1981. Mark continued his professional career in various executive roles in finance and corporate asset management with Chrysler Corporation until 1997, at which time he retired from professional life. In his retirement, Mark was active in his community, particularly with the Veterans of Foreign Wars, a leading nationwide nonprofit veterans service organization. Mark served as commander of Rocklin VFW post 904 for one year, leading efforts to assist the needs of veterans as well as needs of the local community. . Mark enjoyed woodworking and home improvement projects, playing golf, gardening, and tending to his home’s yardwork. Mark is survived by his wife Sally (73), his sons Matthew (48) and Matthew’s wife Juli (46), his son Thomas (46), and his grandchildren Andrew (10) and Abby (8). He is also survived by his sister Joyce (86), of Searcy, Arkansas, and many cousins, nieces, and nephews. Mark will be laid to rest at the Sacramento Valley National Cemetery in Dixon, California.

The family of Geray (Mark) Marcus Bressie created this Life Tributes page to make it easy to share your memories.