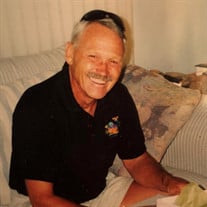 Ben passed away on June 9, 2021 at home, surrounded by family, after a long and courageous battle with cancer. He was born in Prague Czechoslovakia to Karl Hans Bendel and Hildegard (Heidi) Anna Bendel. His father was serving on the Russian front until he was taken as a POW. His mother was a nurse in a German hospital, and at age 2, he walked with his mother 120+ miles from Czechoslovakia to Leipzig, Germany to escape warfare. After the war his childhood memories in Germany included explorations with his brother in the forest and in a shot down American bomber near their home in Putzbrunn. His family later relocated to Haar where they lived across the street from the Belg brothers and developed many more fond childhood memories. In 1957, his mother, father, and brother Michael sold everything except what they could each carry in a small suitcase and a wooden crate and took a train to Hamburg, Germany, and then boarded a boat (Liberty ship) to the United States to escape another war. Settling with sponsors in Los Angeles, California Ben only spoke German, had to attend school and assimilate quickly. Overcoming many obstacles, he earned his U.S citizenship status at age 18 and was proud to be an American. In 1959 he moved to San Jose, California, and graduated from Camden High School, attended Foothill Junior College, and California State Polytehnic University, San Louis Obispo where he earned his Bachelor of Science in Industrial Engineering. Among his many distinguished career and lifetime achievements were: • Awarded scholarships in water polo, swimming and wrestling; • Camp counselor (Bob Mathias Sierra Boys & Girls Camp) and coaching youth sports; • 4-years of honorable service with the US Marine Corps; • 25 years in the power and public utilities sector and another 15 in the pest control industry; • Active memberships in the Pacific Coast Gas and Electric Associations • Service on Boards of Directors for Sacramento Metropolitan Chamber of Commerce, Sacramento Junior Achievement, and East Sacramento Rotary Club; • Service as first Vice Chairman of the Sacramento Area Chapter of the American Red Cross; • 35+ years of service to the California Indian Manpower Consortium (CIMC), as a former Chairman of its Private Industry Council and volunteer. His hobbies included skiing (water and snow), hunting, fishing, camping, diving, running, and travel until his health prevented him from doing so. He felt fortunate to have been able to travel to Germany after 50 years and reunite with his childhood friend Dietmar Belg. His passions were landscaping, gardening and spending time with his grandchildren. His obsession was “making wood”, which coined by his mother meant splitting and stacking wood in preparation for the winter months. Ben is survived by his wife Michele Robinson-Bendel; his three sons Brian Bendel (Kerry), Sean Robinson (Michelle), Ryan Robinson; four granddaughters, Taylor and Kaden Bendel, and Alyssa and Harper Robinson; his brother Michael Bendel (Barbara), and other numerous extended family and friends. Ben, a phenomenal human being, had a profound impact on the lives of many, and in leaving this world a better place he will be missed immensely. In accord with his wishes there will be no funeral services or additional fanfare. The family would like to thank the staff with Kaiser’s oncology, ICU, palliative and hospice care units, and Snowline Hospice for their compassionate care.

Ben passed away on June 9, 2021 at home, surrounded by family, after a long and courageous battle with cancer. He was born in Prague Czechoslovakia to Karl Hans Bendel and Hildegard (Heidi) Anna Bendel. His father was serving on the Russian... View Obituary & Service Information

The family of Ben W. Bendel created this Life Tributes page to make it easy to share your memories.